It has been almost one year since the Canadian Government opened its doors to refugees fleeing the conflict in Syria. Over this year, Canadians from all walks of life have heeded the call to action and worked together to find ways to support the individuals and families starting a new life in Canada. In celebration of these generous people, Lifeline Syria and Volunteer Toronto have teamed up to share the stories of five individuals who have given their time to support the Syrian refugee sponsorship efforts.

Read the stories, be inspired, then jump to action: 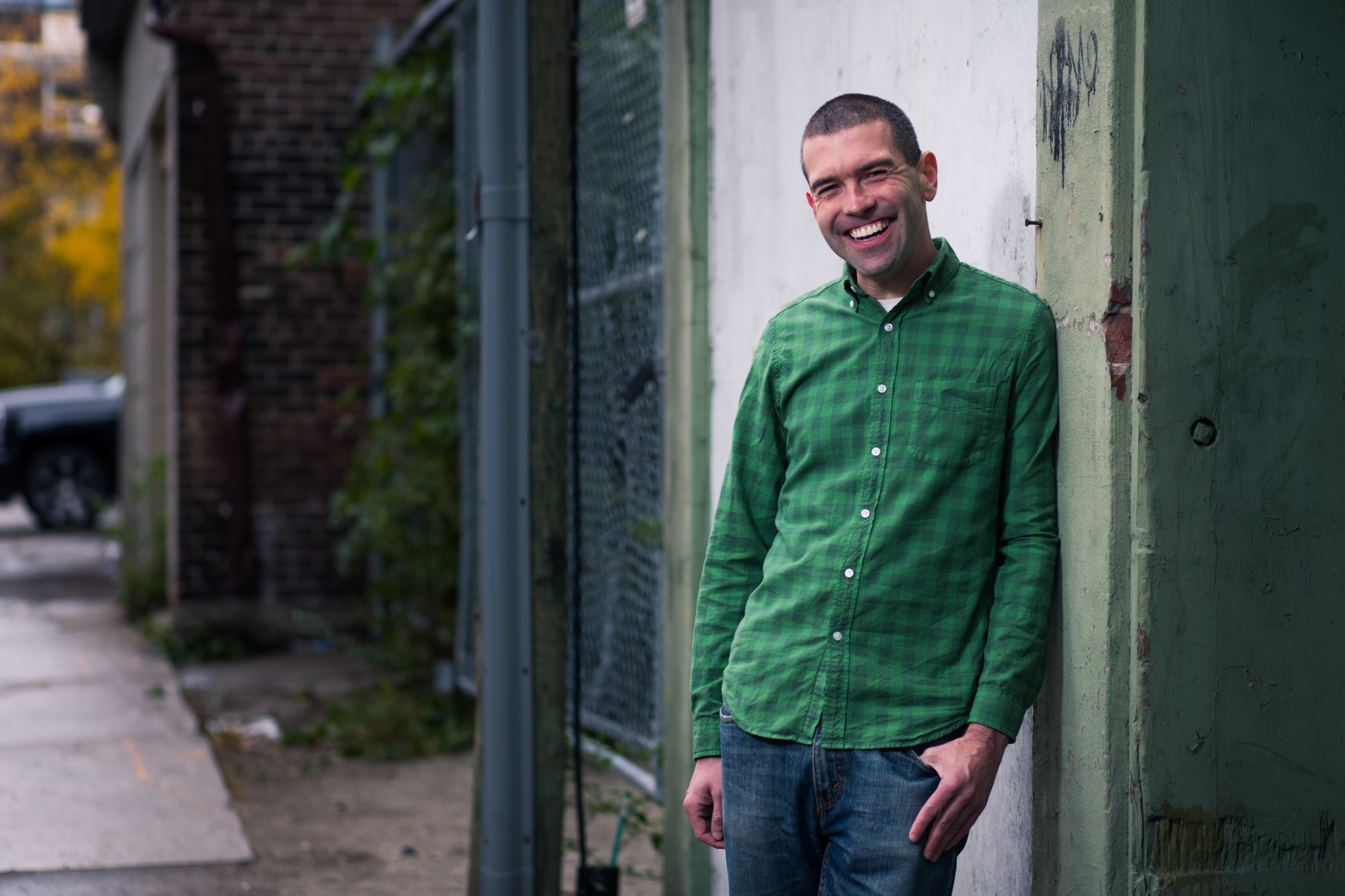 Andrew McDougall has just completed a PhD In political science at the University of Toronto where he currently teaches on the Constitution. He has been volunteering with the Refugee Sponsorship Support Program and Lifeline Syria for a year in offering pro bono legal services and other volunteer support.

“I saw a unique way to contribute as a pro bono lawyer with the Refugee Sponsorship Support Program, who partnered with Lifeline Syria. With some volunteer experiences the contribution is diffuse and indirect, however meaningful it might be. With sponsorship, there are few other ways to intervene so directly and positively on a person or group. For those looking for a high impact, rewarding experience, this is it.

There are so many committed people working in the office – it makes me wish I had more time to give. There have been as many challenges as victories in this experience but I like how the organization works hard to overcome the problems thrown at it. I think there is little more satisfying than to hear that a particularly hard case has cleared and that the person or family are on their way. It’s very moving.

I recognize that I am helping not just people in need overseas but also my own community, which is greatly enriched by the people we are helping to come to Toronto. Working with such a diverse group of stakeholders that are each made better off by our work is a really special experience.” 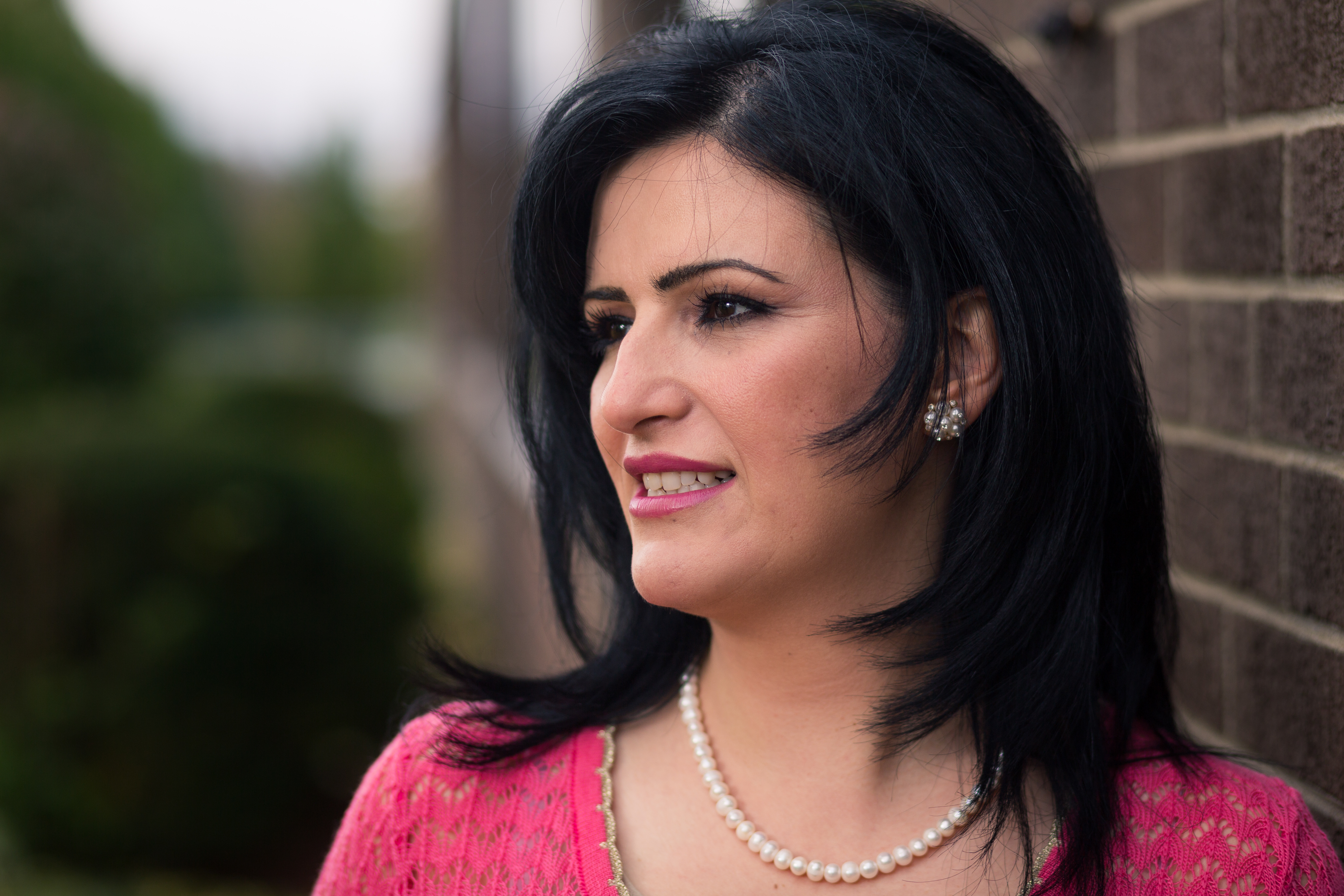 Rola is a lawyer by profession and an accredited mediator; she holds a BA in Law and a Postgraduate Diploma in International Law from Damascus University, a Master Degree in International Commercial Law from City University of London and an Accreditation in Mediation from Center for Effective Dispute Resolution, UK. She has extensive experience in Humanitarian Assistance, HR, and Management and is currently working for the legal department of Business Development Bank of Canada. In addition, she is a member of ADR Institute of Ontario. Rola worked as a volunteer for Lifeline Syria for seven consecutive months on a daily basis and currently is a volunteer mediator with the Ismaili Conciliation and Arbitration Board- Ontario, St. Steven’s Community House, and Catholic Crosses Cultural Services. You can connect with her on LinkedIn and Twitter at @mustafa_rola.

“Before leaving Syria, [I worked] in Humanitarian Assistance with the Aga Khan Foundation. Through this work, I lived and realized the sorrow and hardships the internally displaced people endure. However, there is no hardship on earth compared to the sorrow refugees endure with an enormous sense of lack of identity, belonging and of dignity. The scenes of Syrian kids in Beirut begging, sleeping in the street with tears in their eyes and dirt all over their faces and bodies, have dominated my memories for many months and these images continue to render me sleepless every time I think about them.

A core principle of the Ismaili faith to which I belong is that community service through volunteering time and knowledge is important. Back home, I spent a great deal of my time volunteering for the betterment of my community and that is what I planned to do in Canada after arriving.  On my first day in Canada, I heard about Lifeline Syria and its great mission and work, therefore I decided to join so that I could contribute towards helping Syrian refugees. I started volunteering just 15 days after my arrival.

While the world witnesses the hardships of Syrian refugees gaining access to different countries with some populations asking their governments to return these refugees back to where they came from, it was a refreshing surprise to see Canadians donating their own money and time to sponsor Syrian families they had never met. On top of that, these Canadian families spend time looking after the well-being of the newcomers, help them to assimilate in the community while maintaining and celebrating their cultural identities, and helping them build their futures in Canada.

I tell every Canadian who is considering sponsoring a Syrian family to consider the outcome of sponsoring a family. Your good work is a vital contribution in relieving the suffering of a family and eradicating their poverty and homelessness. Your contribution will assist in promoting and providing education to poor children who may stay illiterate all their life unless somebody like you helps them to get out of refugee camps. Above all, your work is vital in preserving human life and the dignity of an entire family through giving them the opportunity to build their own capacity to help themselves in Canada, the country of opportunity.” 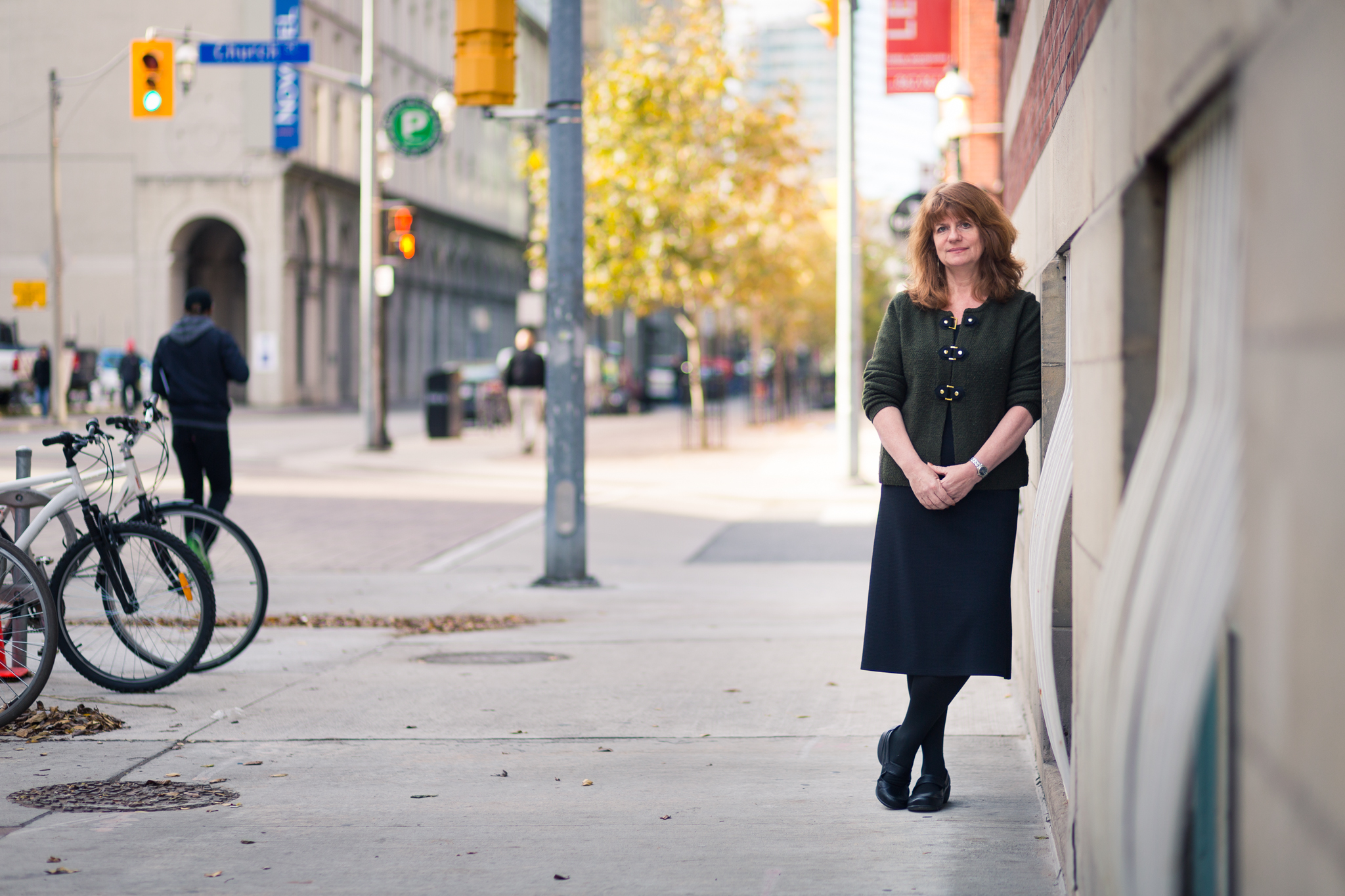 Annette Wilde is the co-chair of the Save A Family From Syria project. A volunteer-run initiative that has projects in Kingston and Toronto. To date, the project has sponsored 10 families with 2 families on the way, 1 waiting approval and plans to sponsor 4 more. Connect with her on Twitter at @SAFFSCanada.

“It was impossible to watch the news anymore.  I wanted to find some way to help. When my stepmother called me up one morning saying, “We have to sponsor a Syrian family, we have to do something” I jumped at the chance and the Private Sponsorship program was something tangible and doable.

We decided we would need about $40,000 for a family of four so we set up a website, went to all of our friends and did a lot of fundraising events: a bake sale, a craft sale and our partners at the mosque held a pizza and film night every Friday night for the kids. Then, we started to get publicity. We worked for about a year to raise the funds. The family arrived about a year later.

I feel we have succeeded when we see them smile despite the devastation of their previous life and the worry for the friends and family that they left behind.

This is a long project. It takes unexpected twists and turns.  Your emotions travel from worry, to impatience to exhilaration.  You are working with other people so be prepared to be amazed, frustrated and fulfilled over the course of this journey that never really ends.  You gain new friends, see new perspectives and above all you know that you saved someone’s life. Not with money, but with effort that money cannot buy.” 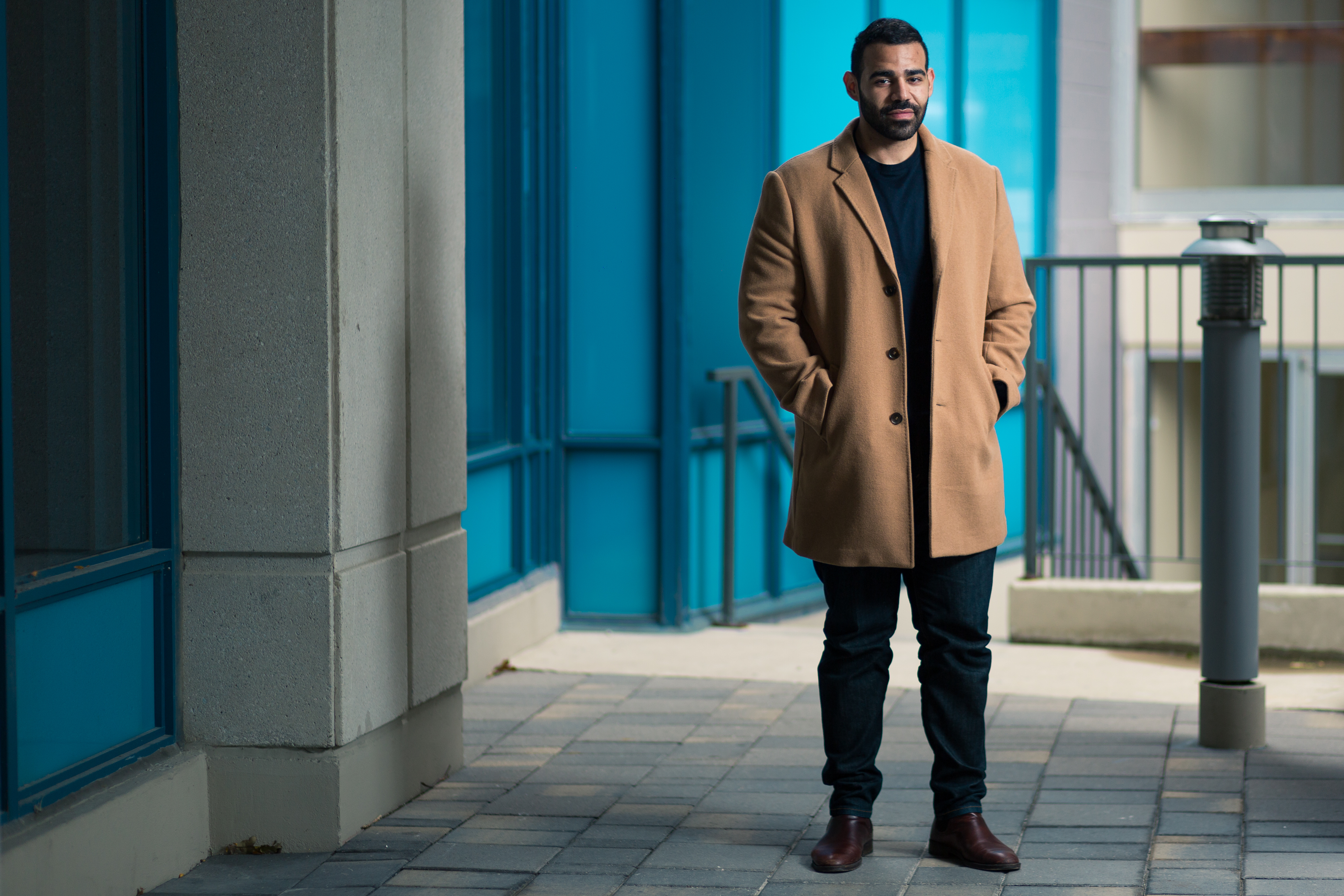 Tarek Ibrahim started volunteering on the Sponsorship Support team at Lifeline Syria about 8 months ago. Recently, he has moved to the Post-Arrival Support team where he aides newcomers and sponsors during the resettlement period. Find him on Instagram at @trkmi.

“When I read about the work Lifeline Syria was doing and particularly the families they were helping, I felt a strange sense of familiarity. As someone who spent his childhood in the Middle East, it was disturbing to read about the ongoing war in Syria. As an Arab Canadian, I hoped my cultural knowledge could be used in some way to bridge the gap for newcomers and sponsorship groups.

I met an incoming family, a couple and their three children, at the airport for the first time. This was a special case where the family had no relatives in Toronto and, more importantly, didn’t speak a word of English. Despite this, the family was extremely happy to be here. I remember the father telling me in Arabic that he was excited to learn the language, and that he was ready to go to school straight from the airport if he had to. Their optimism was contagious.

Being present in such an important moment for them was a humbling experience. Seeing [the Syrian newcomers’] readiness to start helped me revisit my own experiences as an immigrant, reminding me of how excited I was to move here 13 years ago. Today, I am certain that moving to Canada was one of the best decisions my family has made, and I know that the newcomers feel that way too.

My advice for sponsors is to take advantage of everything the city has to offer. Toronto and the GTA have a host of initiatives and organizations that are ready and willing to help newcomers. I would stress the importance of developing a balanced approach that treats refugees with respect while also allowing for their autonomy. It is important to understand that the resettlement process should be treated as a collaborative effort with newcomers, despite their vulnerable position.” 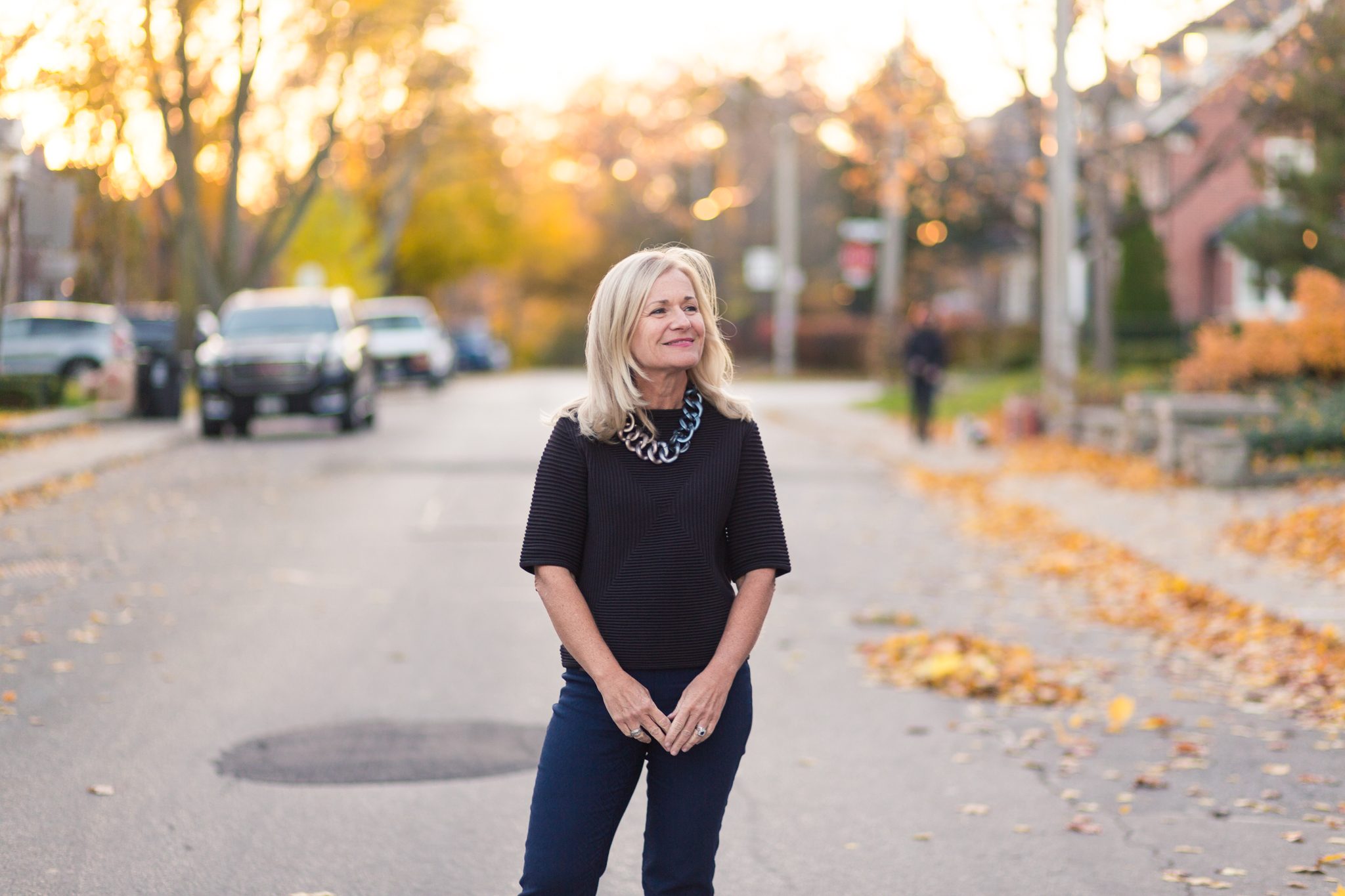 Sheena MacAskill is the team lead for the “Alexandra Group.” A group of neighbours who came together to sponsor a family of four from Syria.

“I emailed a group of neighbours on my street, Alexandra Blvd, to see if anyone was interested in sponsoring a family.  It started with 5 families then mushroomed to 20 households. We call ourselves “The Alexandra Project.” There is a core group of volunteers who are charged with various tasks: education, language training, apartment furnishings, job search, clothing – so I coordinate the group and liaise with the family.

I quickly developed a relationship with “M,” the mother, via Whatsapp.  In the beginning, our communications were more formal but once we got to know each other better, we spoke on a regular basis and talked about everything. I sent her pictures of the ‘snow’ last winter and she sent me photos of Tripoli, Lebanon and her various family members. What’s App was also a critical way to communicate as we searched for an apartment. We were able to send photos of the various neighbourhoods and buildings and when we rented the apartment we were able to provide lots of information to them. It was important to us that the family was part of the decision making process. When the time got closer for them to travel, she asked lots of questions about life in Toronto – what to pack, if their phones and technology work here, what arrangements had we made for the kids’ schools, etc. We also asked questions to help us to prepare for the apartment – even down to the kids’ favourite colours so that their rooms were decorated accordingly.

When they arrived in October I was euphoric! Strangely, it felt like welcoming a family member home. There were lots of hugs and tears of joy. So much has happened in the 5 weeks that the family has been here! There was a lot of paperwork and registration processes to undertake for things like their OHIP card, apartment lease and insurance, cell phone plans, ESL class and school registration, employment counsellor meetings and medical check-ups. Soon the kids will be seeing a dentist at the free clinic. “Z” lost a crown on his tooth and through a sponsor’s contact we connected him with a wonderful dentist who performed a root canal and replaced the crown at no charge! Our core team has done a lot of work but now it is wonderful to see others wanting to get involved and spend time with the family. We believe that the wider the network available to the family, the more opportunities will come their way.”

This campaign is a partnership between Lifeline Syria and Volunteer Toronto.